25th anniversary personality in the category of sustainable and universal design 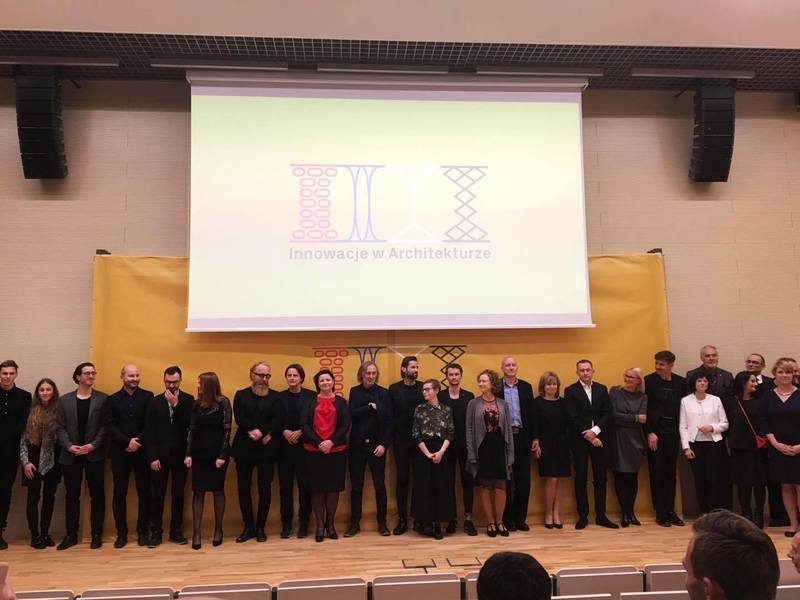 Description of the plebiscite: “Over the past 25 years, we have already selected the best architectural projects, groundbreaking buildings, innovative projects and studios. On the occasion of the 25th anniversary, we decided to identify the figures who have had the greatest impact on the shape of architecture in Poland and its promotion over the last quarter century. One of the events organized on the occasion of the jubilee was the online plebiscite for the Personalities of the 25th anniversary. In this way, we decided to present 250 creators of the most significant buildings, urban planning and public spaces, authors of the most important critical texts, projects and initiatives involving local communities, as well as representatives of local and supra-local authorities, public institutions and professional self-government, who in the past 25 years in they were especially committed to improving the spatial order. With a request for help in identifying the personality of the 25th anniversary, we turned to leading institutions, non-governmental organizations and magazines in Poland. 11 replied at this point, we would like to thank them especially for their time and commitment to the promotion of Polish architecture. They are: Association of Polish Architects, Fundacja im. Stefan Kuryłowicz, the Architecture Center Foundation, the Architecture Creators Foundation, the International Cultural Center in Krakow, the Museum of Warsaw, Cieszyn Castle, the Łowicka Center, the ARCH magazine, the City Magazine and the Sztuka Architektury website. The Chamber of Architects of the Republic of Poland and the National Institute of Architecture and Urban Planning refused to participate in the nominations, noting, however, that they supported the very idea of ​​organizing the plebiscite.

Out of several hundred names obtained in this way, the editorial office voted 250. We divided them into 10 categories, covering various architectural areas. Thus, the list of 250 Personalities of the 25th Anniversary was created. At the same time, we would like to thank all the institutions that were indicated by the persons from our editorial office! We feel honored, but it would be awkward for us to participate in the plebiscite we are organizing.

The plebiscite lasted from 4 to 17 November 2019. More information: https://architektura25.pl/osobowosci-25-lecia/